District 97 is undoubtedly the most musically-adventurous rock band in the world to feature an American Idol Top 10 Female Finalist. Since 2008, this quintet from Chicago has melded an adventurous, uncompromising instrumental prowess with the look, sound, and stage presence of vocalist Leslie Hunt. Through world tours and a stream of studio and live releases, the band has garnered a worldwide fanbase; collaborating with iconic singer/bassist John Wetton (King Crimson, Asia, UK) and drawing praise from Bill Bruford (drummer of Yes/King Crimson/Genesis), Mike Portnoy (drummer of Dream Theater/Transatlantic) and other rock luminaries along the way. District 97 rehearses doggedly to refine their compositions, ensemble-playing, and stage presentation; their standards for excellence have only grown more rigorous with the passage of time. Their new fourth studio album Screens and its accompanying live show are their most ambitious efforts to date.

“Grackle” is an original 6-piece band based out of Louisville, Kentucky.  Formed in 2015, they released their 10-song debut album, Wintergarden in 2016 and sophomore effort, The Quiet Noise, in 2018 (Available through all major digital media outlets - e.g., iTunes, Amazon, Rhapsody).  The band is comprised of Steve Katsikas (vocals, keyboards), Jeff Gard (Drums), Rob Payne (Bass), Myra Kean (violin, saxophone and flute), Travis Carlisle (Cello) and Joanna Katsikas (vocals).  The band creates a style of music that is somewhat outside the mainstream (though might be described as “piano-driven indie rock”).  Accessible melodies are couched in keyboard-driven compositions that twist-and-turn through dense arrangements and atmospheric interludes.  The band is “proudly guitarless” and integrates cello, violin, saxophone and flute into their arrangements.  The band has performed regularly since 2015, including shows in Louisville, Chicago, and Cincinnati.  The band was formed by Katsikas and Gard, who had played together in the avant-garde jazz rock band, French TV, and were looking to collaborate on a series of compositions that were more singer-songwriter driven.  The band performs in a full “electric” format or can scale back into a smaller “acoustic ensemble”. 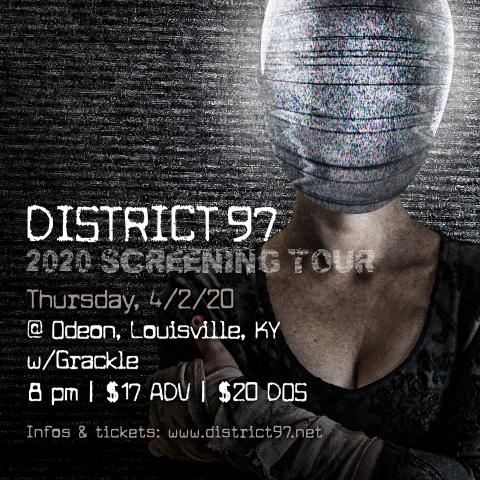