END_OF_DOCUMENT_TOKEN_TO_BE_REPLACED

Kickstarter For Fourth Album Live Now Through May 31st! 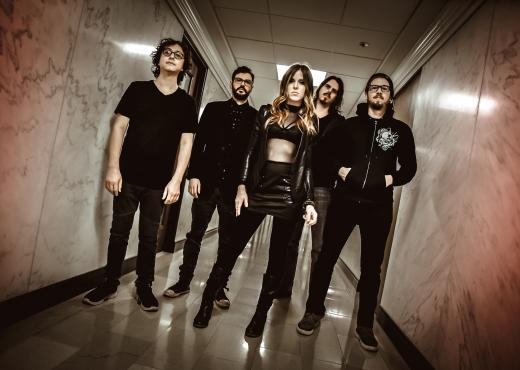 Kickstarter For Fourth Album Live Now Through May 31st!

At last, the time has come for us to make our fourth studio album, and the first with our new lineup. However, we need your help in order for it to happen! Thus, we've launched a KICKSTARTER CAMPAIGN featuring some fantastic, exclusive, and often quite limited rewards in the hopes that our amazing fans will partner with us on this endeavor.

Be sure to check out the video (which features clips of 4 new songs), and read about our stretch goals. Of particular note is that if we hit $25,000 and 75 new INSIDE THE VAULT CLUB members, all backers at $100 & above get a 5.1 surround sound/hi-res stereo disc of the new album! *This will be exclusive to the campaign and not available at any other time.

And speaking of the Inside The Vault Club, we have some big news in that regard, too:

-Set to be filmed on May 4th, the 2018 IVC Keyholder exclusive release will be our Return To RoSfest Concert Film on DVD and HD Download.  Assuming the campaign is a success, there will also be bonus footage from the making of our new album! This will be limited to 300 copies and roughly half are already claimed by current members.

For those who do both the Kickstarter AND join the IVC (we need 100 new members by 5/31 to hit all of our stretch goals), we're offering a slew of bonuses (Leslie's demo for Sony when she was 18, the Live At De Boerderij HD Download & more), so head over the the KICKSTARTER page to learn all about that!