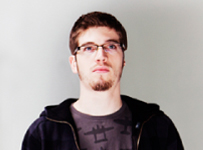 Jim Tashjian has played guitar since he was nine years old. His pursuits have taken him all over the country with various ensembles, playing a wide range of musical styles within the realms of jazz, rock, and classical music. He has had the opportunity to perform with jazz legends such as Wynton Marsalis, Bob Mintzer, Wyclef Gordon, Dick Oats, John Swana, Ralph Bowen and Paul Wertico. Most recently, Jim was featured alongside Johnny Depp in Universal Pictures "Public Enemies," as the guitar player in the Aragon Ballroom Orchestra accompanying jazz-pop phenom Dianna Krall. In addition to his work with District 97, he is a member of Chicago based soul band, World Class Noise, and is the leader of an acoustic group, which features his original compositions.